The Transgender Conversation You Need to Have With Your Family 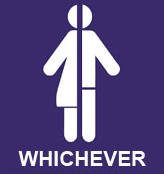 A friend of mine told me about her recent experience in an airport security line. She was dutifully passing through the metal detector when she heard a beep and was told she would need the pat-down procedure. It is the right of the traveler to have that procedure performed by someone of the same gender and so, as per protocol, the call went out for a female officer to assist. But as the pat-down began, my friend realized that the officer was undeniably biologically male though identifying as female. She did not know what to do or say, so simply allowed the pat-down to proceed. As she walked away, she realized that she was more surprised than offended. It had just never occurred to her that she might unexpectedly find herself being frisked by a man whom she had been told was a woman.

As you know, new laws are allowing transgender people to craft their own identity and then to have society treat them accordingly. A biological male who identifies as a woman is allowed to use the bathroom or locker room associated with his new identity. He is also granted the right to be considered female. In this way sex and gender are being deliberately disconnected so that words like “man” and “woman” have no necessary correlation to “male” and “female” or “masculine” and “feminine.” And, for that reason, we find ourselves facing new scenarios like the one my friend described. However, such situations are rare because transgenderism is rare.

But there is something that, to my mind, is of greater and wider concern. It is the fact that the same laws that allow transgender people to craft their own identity allow expansive rights to anyone else. The same laws that allow transgender persons into their preferred bathroom or locker room allow everybody else in as well—and to let them in without question or censure. Societal pressure and new legislation permits people to use the bathroom or locker room most closely associated with their gender identity, but do not allow anyone else to question that identity. This opens up the potential for some very difficult or even dangerous situations.

TIME covered one of them in an article titled Even in Liberal Communities, Transgender Bathroom Laws Worry Parents. The article tells of a pool in New York City where a man began to routinely change in the women’s locker room. This room was simultaneously used by young girls preparing for swim practice and they were made uncomfortable by his presence, his nudity, and his obvious masculinity—there was no hint about him that he identified as female. But there was nothing the pool employees could do because policy does not allow them to question him in any way. So the girls crowded together in the single-use family change room instead. Similarly, in Seattle a man recently deliberately disrobed in front of young girls. “Officials said he had made no attempt to present himself as a woman, nor to identify as transgender when he checked in. By all appearances, he was a man.” Yet a spokesman said, “We have guidelines that allow transgender individuals to use restrooms and locker rooms consistent with their gender identity.” Those same guidelines do not allow them to ask for proof that the person does, indeed, identify in that way. Thus, he is allowed to undress in the room of his choice regardless of whether he actually considers himself transgender. Looking at such stories—and there are a growing number like them—, we come to realize that the transgender conversation has brought with it a host of others. This is the transgender conversation you need to have with your family—the conversation about what has come along with transgenderism.

Jennifer Oshman recently wrote about moving to a nation in Europe and being unprepared for some of what she and her family encountered there. They quickly learned that locker rooms in their new home were governed by very different norms. “While the locker rooms at the high school were indeed gender separate, we were surprised to find that locker rooms at local gyms were not. Rather one large locker room served both genders. You can imagine our surprise when my husband entered the door marked for men and my daughters and I entered the door marked for women and we ended up in the same room, surveying people of both genders and all ages changing in one place.” They could not run away from such situations so had to learn to navigate them well.

We found ourselves in multiple situations that we could not change or even complain about. We had to be creative in how we handled them—wanting at once to be wise stewards of our daughters’ hearts, while at the same time not wanting to drive a wedge between ourselves and the culture we had come to love and desired to serve. This dual goal is really at the heart of any Christian parent in any scenario.

She and her family were forced to learn to navigate a foreign culture. And they did. They learned to navigate it through both protection and education. As far as possible they protected their girls from danger by accompanying them into difficult situations and, for those times they could not offer direct protection, they taught them appropriate attitudes and actions.

You and I, too, are now navigating an increasingly foreign culture, a culture that has suddenly swept into being around us. If we are going to live well in this culture, we need to think through certain scenarios and consider how we will respond to them. As parents, we need to consider scenarios our children may face and teach them how to respond as well. These are not just conversations about transgenderism and scenarios that may unfold as we encounter and interact with transgender people, but conversations about the scenarios that may accompany it. Such scenarios will be different for each family in each context, but here are a few examples, none of which is entirely unlikely.
What will you do if you walk into a locker room at your pool or gym and come face to face with a naked person of the opposite sex? You may not know in that moment if that person is transgender, if that person is confused, or if that person is a predator. What will you want your spouse to do if he or she encounters this situation? Will you shrug it off? Will you walk out? Will you bring it to the attention of the management? What will you expect management to do?

What will you expect your son to do if a transgender student or team member insists on showering with him and with the other boys (or your daughter if a boy insists on showering with her)? What will you expect your daughter to do if she goes into the locker room at the pool and sees a man lounging naked by his locker (a scenario that unfolded not long ago for parents in Olympia)? Or what if she is out with friends, ducks out of the movie theatre to use the bathroom, and finds herself walking in side by side with a bearded man?

What will you do when you are told you need that TSA pat-down and they dispatch an officer who is the opposite gender to you but claiming to be the same? What if it’s your body-conscious teenaged daughter who is about to be patted down by a person claiming to be female but who is sporting a beard?

I know as I write these questions that some will accuse me of fear-mongering and, inevitably, of bigotry. But hear me: My concern is that we are hurtling full-speed into untested territory and we and our children are the ones who will need to figure out how to navigate it well. As we do that we may find ourselves in situations that are trying or even dangerous. We just don’t know what our world will look like when we begin to break down the barriers between sex and gender. Again, the very same laws that allow transgender rights extend those rights to anyone who wishes to take advantage of them. We simply don’t know who will take advantage of them to take advantage of others. We just don’t know. To carry out our mandate as parents, we need to offer our children both protection and education. We owe it to them and we owe it to the One who created them. We need to have this conversation.

by Tim Challies, who is founding blogger of Challies.com, a pastor at Grace Fellowship Church in Toronto, and author of The Next Story.

Posted by Real Deal Manhood at 8:18 PM No comments: