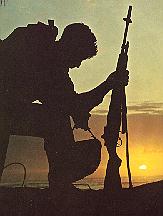 In the first century AD, crowns were awarded to victorious military leaders, champion athletes, and dignitaries. In Paul’s farewell to his beloved disciple he wrote of receiving such a reward from Jesus Christ. Think of the impact that thought must have had on Timothy. How encouraging would it be for him to hear his mentor’s final words to him, which conveyed confidence and joy in Jesus Christ? Paul’s hope, as expressed in 2 Timothy 4:7-8, reminded his protege of the reason that he was fighting as a soldier and striving as an athlete. In spite of being in prision about to die, the apostle exulted, “I have fought the good fight, I have finished the course, I have kept the faith; in the future there is laid up for me the crown of righteousness, which the Lord, the righteous Judge, will award to me on that day; and not only to me, but also to all who have loved His appearing.” No matter what the struggles looked like for Timothy, he could overcome temptation because of the hope he had in Christ.
History tells us that Timothy died while trying to stop people from engaging in idolatry at a pagan feast. As he proclaimed the true gospel, he was severely beaten by the angry crowd and died two days later. Timothy gave up his life so that Christ would be glorified. He exhibited faithfulness and courage to the end.
As we flee from sin and pursue holiness in our own lives, let’s follow the example of Timothy. By relying on God’s strength, reminding ourselves of the gospel, and running away from sin and toward righteousness, we too can experience a life of spiritual victory. The road will not always be easy, but our faithfulness will be well-rewarded. One day, we will stand before Christ. Then sin and temptation will be no more. As we look forward to that day, we can rejoice with Paul in knowing that “the Lord will rescue [us] from every evil deed, and will bring [us] safely into His heavenly kingdom; to Him be the glory forever and ever. Amen” (2 Timothy 4:18).
“Real Men Flee Temptation” by Andrew Gutierrez from Men of the Word edited by Nathan Busenitz
Posted by Real Deal Manhood at 2:39 PM No comments: