The Story of the Lifesaving Station 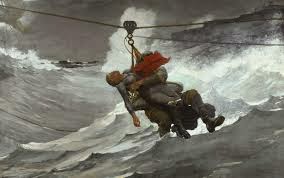 What can happen when we lose our laser focus on the gospel and settle for comfort, convenience and safety? Well, it kinda looks like this...

On a dangerous sea coast where shipwrecks often occur, there was once a crude little life-saving station. The building was just a hut, and there was only one boat, but the few devoted members kept a constant watch over the sea and with no thought for themselves went out day and night tirelessly searching for the lost. Some of those who were saved, and various others in the surrounding area, wanted to become associated with the station and give of their time and money and effort for the support of its work. New boats were bought and new crews trained. The little lifesaving station grew.

Some members of the lifesaving station were unhappy that the building was so crude and poorly equipped. They felt that a more comfortable place should be provided as the first refuge of those saved from the sea. They replaced the emergency cots with beds and put better furniture in the enlarged building. Now the lifesaving station became a popular gathering place for its members, and they decorated it beautifully and furnished it exquisitely, because they used it as sort of a club.

Fewer members were now interested in going to sea on lifesaving missions, so they hired lifeboat crews to do this work. The lifesaving motif still prevailed in this club’s decorations, and there was a miniature lifeboat in the room where the club initiations were held.

About this time a large ship was wrecked off the coast, and the hired crews brought in boatloads of cold, wet, and half-drowned people. They were dirty and sick, and some of them had black skin and some had yellow skin. The beautiful new club was in chaos. So the property committee immediately had a shower house built outside the club where victims of shipwreck could be cleaned up before coming inside.

At the next meeting, there was a split in the club membership. Most of the members wanted to stop the club’s lifesaving activities, since they were unpleasant and a hindrance to the normal social life of the club. Some members insisted upon lifesaving as their primary purpose and pointed out that they were still called a lifesaving station. But they were finally voted down and told that if they wanted to save the lives of all the various kinds of people who were shipwrecked in those waters, they could begin their own lifesaving station down the coast. They did.

As the years went by, the new station experienced the same changes that had occurred in the old. It evolved into a club, and yet another lifesaving station was founded. History continued to repeat itself, and if you visit that sea coast today you will find a number of exclusive clubs along the shore. Shipwrecks are frequent in those waters, but most of the people drown.

Posted by Real Deal Manhood at 5:14 PM No comments:

Brothers Doing Life Together - The Tales That Really Matter 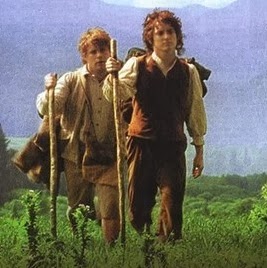 “‘Yes, that’s so,’ said Sam.  ‘And we shouldn’t be here at all, if we’d known more about it before we started.  But I suppose it’s often that way.  The brave things in the old tales and songs, Mr. Frodo: adventures, as I used to call them.  I used to think that they were things the wonderful folk of the stories went out and looked for, because they wanted them, because they were exciting and life was a bit dull, a kind of sport, as you might say.  But that’s not the way of it with the tales that really mattered, or the ones that stay in the mind.  Folk seem to have been just landed in them, usually — their paths were laid that way, as you put it.  But I expect they had lots of chances, like us, of turning back, only they didn’t.  And if they had, we shouldn’t know, because they’d have been forgotten.  We hear about those as just went on — and not all to a good end, mind you; at least not to what folk inside a story and not outside it call a good end.  You know, coming home, and finding things all right, though not quite the same — like old Mr. Bilbo.  But those aren’t always the best tales to hear, though they may be the best tales to get landed in!  I wonder what sort of a tale we’ve fallen into?’”