Does a Husband Have the Authority To...? 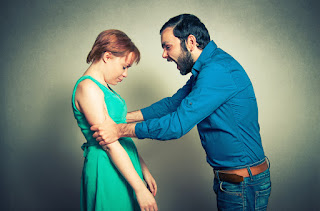 Central to my teaching and counseling ministry to men is the gospel, exhorting them to live in light of it's power, grace, truth and freedom, and reminding them of their identity in Christ. We live in the most confused and compromised generation in our history about what it means to be a man. Therefore, the most critical message to them is that authentic manhood - real masculinity - is grounded in the gospel of Jesus Christ and modeled by Him in His 33 years on earth.

One of my continual reminders to men about their God-given roles, responsibilities and privileges is this: A husband has no right to force his wife to do something against her will or to rule over her. Rather in emulation of Christ, he is to love her unconditionally and sacrificially, to cherish her, to shepherd her and to cause her to flourish in faith and practice. Mary Kassian puts this blessed biblical truth well when she writes, “It is not the husband’s right to force or coerce his wife to submit. Submission is voluntary on a wife’s part, and her choice entirely.” Read more from Mary below:

Does a husband have the authority to take his wife’s phone away, preventing her from making calls?

Does a husband have the authority to take his wife’s car keys? House keys?

Does a husband have the authority to physically prevent his wife from leaving the home?

Does a husband have the authority to physically force his wife to accompany him when he leaves the home?

Does a husband have the authority to lock his wife out of the house?

Does a husband have the authority to keep financial documents away from his wife?

Does a husband have the authority to take the wife’s personal property without consent?

These are not theoretical questions. They were posed to me by Ruth Tucker, a woman whose ex-husband claimed the Bible gave him the right to do these things. I share them here with her permission.

All of Ruth’s questions pertain to the issue of whether a husband has a right to force his wife to do something against her will. I believe that the Bible teaches that a husband’s position as head of the home does not give him the right to rule, but rather the responsibility to provide loving oversight. A husband is not imparted with privilege; he is entrusted with obligation—the obligation to love, cherish and shepherd, in emulation of Christ.

Though complementarians have consistently upheld this view, this truth deserves to be stated and restated with clarity: It is not the husband’s right to force or coerce his wife to submit. Submission is voluntary on a wife’s part, and her choice entirely.

A Radically Different View of Authority


Culture upholds authority as the right to rule and lord it over others, but Scripture paints a radically different picture about the true nature of authority. It teaches that:

Authority is not self-appointed; it’s delegated by God.

Authority is not personally owned; it merely stewards and manages that which belongs to God.

Authority is not about rights; it’s about responsibility.

Authority is not domineering and dictatorial; it’s humble and gentle.

Authority is not about getting; it’s about giving.

Authority is not about selfish gain; it’s about selfless sacrifice.


So my answer to Ruth’s questions—and the answer I would expect from all my fellow complementarians—is a clear and resounding “no.”

No. A husband does not have the right to take his wife’s phone away, preventing her from making calls.

No. A husband does not have the right to take his wife’s car keys or house keys.

No. A husband does not have the right to physically prevent his wife from leaving the home.

No. A husband does not have the right to physically force his wife to accompany him when he leaves the home.

No. A husband does not have the right to lock his wife out of the house.

Jesus condemned a personal-power view of authority. He condemned men who exercised authority in a selfish, domineering manner. He said, “It must not be like that among you!” (Mark 10:43-45)

The misuse/abuse of authority is an abomination to God. He wants leaders to be shepherds after His own heart.
(Jeremiah 23:2; Ezekiel 34:1-4; Zechariah 11:17).

Some of the Bible’s most scathing condemnations are directed toward leaders who fail to exercise authority in a godly manner. The Lord’s anger burns hot against them (Zechariah 10:3).

Mary Kassian is an award winning author, internationally renowned speaker, and a distinguished professor of women's studies at Southern Baptist Seminary in Louisville, Kentucky. She is a member of the Council on Biblical Manhood and Womanhood (CBMW). She has published several books, Bible studies and videos, including: In My Father's House: Finding Your Heart's True Home, Conversation Peace, and Vertically Inclined. At home in Alberta, Canada, Mary watches lots of sports! Three teenage sons play ice hockey, and her husband, Brent, is chaplain for the local professional football team. The Kassians enjoy biking, hiking, snorkeling, music, board games, mountains, campfires, and their family's black lab, General Beau. Read more about Mary at her personal web site: http://www.marykassian.com

What It Means To Be a Policeman by Paul Harvey 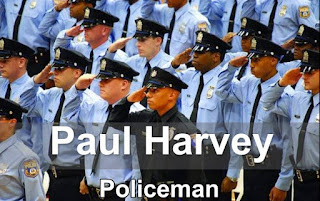 Legendary broadcaster Paul Harvey was born Paul Harvey Aurandt (1918-2009). He was the son of an Oklahoma police officer who was shot and killed when Paul was only two years old.  Paul shortened his name to simply “Paul Harvey” for his three quarters of a century on the radio.

Paul Harvey’s dad and a police detective were off duty and had been rabbit hunting in the woods outside Tulsa when three would-be robbers shot them while sitting in their car.  Despite wounds in his lung, leg and liver, Paul’s dad…Officer Aurandt…drove a mile to a farmhouse seeking help…and died two days later.

Paul Harvey never really knew his dad…but knowing what had happened, having the benefit of a strong surviving family unit and an inherited work ethic, and probably because of the times and atmosphere in which he grew up…Paul had an abiding and deep rooted respect for “law and order”…and he broadcast its values to the world until he died at age 90.

On one of his broadcasts back in 1970, when there was rising concerns about crime and violence, Paul Harvey told of how his generation saw and treasured law enforcement officers…by appropriately, respectfully telling the story…”What Is A Policeman”.  In honor of and appreciation for all those who serve us uniform, even giving up their lives for our sake, we share the text and video clip of Paul Harvey's 1970 broadcast with you below:

“What are policemen made of? A policeman is a composite of what all men are, mingling of a saint and sinner, dust and deity. Gulled statistics wave the fan over the stinkers, underscore instances of dishonesty and brutality because they are ‘new.’ What they really mean is that they are exceptional, unusual, not commonplace.

“Buried under the frost is the fact: Less than one-half of 1 percent of policemen misfit the uniform. That’s a better average than you’d find among clergy!

“What is a policeman made of? He, of all men, is once the most needed and the most unwanted. He’s a strangely nameless creature who is ‘sir’ to his face and ‘fuzz’ (or worse) to his back. He must be such a diplomat that he can settle differences between individuals so that each will think he won.

“But if a policeman is neat, he’s conceited; if he’s careless, he’s a bum. If he’s pleasant, he’s flirting; if not, he’s a grouch. He must make an instant decision which would require months for a lawyer to make. But if he hurries, he’s careless; if he’s deliberate, he’s lazy.

“He must be first to an accident and infallible with his diagnosis. He must be able to start breathing, stop bleeding, tie splints and, above all, be sure the victim goes home without a limp. Or expect to get sued.

“The police officer must know every gun, draw on the run, and hit where it doesn’t hurt. He must be able to whip two men twice his size and half his age without damaging his uniform and without being ‘brutal.’ If you hit him, he’s a coward. If he hits you, he’s a bully.

“The policeman must chase a bum lead to a dead-end, stake out 10 nights to tag one witness who saw it happen — but refused to remember. The policeman must be a minister, a social worker, a diplomat, a tough guy and a gentleman. And, of course, he’d have to be a genius — for he will have to feed a family on a policeman’s salary.”


Posted by Real Deal Manhood at 9:41 AM No comments: