Sex According to God 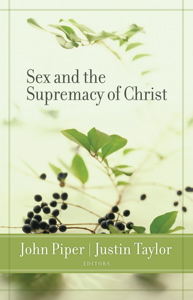 God means sex and our gender identity as men to be gloriously true, beautiful and good.  They are good gifts for us to enjoy and delight in but they are not ends in themselves.  Sex and gender are pointers to what is most valuable, satisfying or significant, namely God. If we make sexual intimacy and gender our ultimate value and pursuit, then we’ve made them idols. In1 John 5:21 God warns us “keep yourselves from idols.”

On the soundtrack in the movie Urban Cowboy there was a song called ‘Looking for Love in All the Wrong Places”. It became a number one country hit in 1980 and has been covered many times. Looking for intimacy is not wrong. God has made us for intimacy but in the right places and the right ways. God is to be our first love above all suitors.

Below Justin Taylor in Sex and the Supremacy of Christ  captures some of what God says about sex:

Sex continues to exist by the will of Christ (“in him all things hold together”—Col. 1:17).

Sex is a cause for thanksgiving (“nothing is to be rejected if it is received with thanksgiving”—1 Tim. 4:4).

Sex can be enslaving and its entrapment must be resisted (“I will not be enslaved by anything”—1 Cor. 6:12).

Sex should not be an occasion for grumbling (“do all things without grumbling”—Phil. 2:14)

Sex should be an occasion for rejoicing in the Lord (“rejoice in the Lord always”—Phil. 4:4).

Sex should be an occasion of contentment in the Lord (“having all contentment in all things at all times”—2 Cor. 9:8 mg.).
Sex should be engaged in with holiness and honor (“each one of you [is to] know how to control his own body [KJV: “possess his vessel”; RSV: “take a wife for himself”] in holiness and honor”—1 Thess. 4:4).
Sex should usually not be withheld from one’s spouse (do not “deprive one another [sexually], except perhaps by agreement for a limited time,” that they might devote themselves to prayer—1 Cor. 7:5. But then they are commanded to “come together again [sexually], so that Satan may not tempt [them] because of [their] lack of self-control”—1 Cor. 7:5).
Sex can be both pure and impure in this fallen world (“To the pure, all things are pure, but to the defiled and unbelieving, nothing is pure; but both their minds and their consciences are defiled”—Titus 1:15).
JUSTIN TAYLOR is vice president of book publishing and an associate publisher at Crossway. He has edited and contributed to several books, including A God-Entranced Vision of All Things and Reclaiming the Center. He blogs at "Between Two Worlds," hosted by the Gospel Coalition, and runs the website www.johnowen.org.
Posted by Real Deal Manhood at 9:41 PM No comments:

Along with 1,800 pastors from across the country, I recently attended John Piper's Desiring God Annual Pastors Conference in Minneapolis, the theme of which was "God, Manhood and Ministry". Piper gave a talk on the "frank and manly life" of 19th century  J. C. Ryle. In the context of this biographical sketch, Piper asserted that Christianity has a "masculine feel". His remarks have set off a flurry of shock and awe across the internet. Much of the heated reaction to what he said was based on a press account without its context.

After some introductory observations about the prominence of masculinity in the Christian faith—like the fact that God is revealed to us as a king and father rather than as a queen and mother, that Jesus came as a man, that all priests and pastors in the Bible are men, and that men are called to be the heads of their homes, etc.—Piper goes on to define this “masculine feel” or “masculine Christianity” more precisely. A masculine Christianity is a Christianity in which, Theology and church and mission are marked by overarching godly male leadership in the spirit of Christ, with an ethos of tender-hearted strength, and contrite courage, and risk-taking decisiveness, and readiness to sacrifice for the sake of leading, protecting, and providing for the community—all of which is possible only through the death and resurrection of Jesus. It’s the feel of a great, majestic God, who by his redeeming work in Jesus Christ, inclines men to take humble, Christ-exalting initiative, and inclines women to come alongside the men with joyful support, intelligent helpfulness, and fruitful partnership in the work.

What Piper sees as characteristic of a masculine faith is the presence of these sometimes-paradoxical virtues, exercised in the Spirit of Christ and for his glory:
He goes on:

I have been thinking about this for almost a week now and have come to the conclusion that I just don’t know what to think! I find that I am not entirely comfortable making Christianity more masculine than feminine in its nature. I entirely affirm that God reveals himself as king and father rather than queen and mother, that Jesus came as a man, that men are called to leadership positions within the church and home. There is certainly a masculine feel to Christianity; but does this masculine feel necessarily exclude an equal female feel? Aren’t there aspects of the Christian faith that have a feminine feel to them (I think, for example, of Paul’s talk of nurturing other Christians with the milk of the word—a metaphor with a clearly feminine feel.) and should we also seek to promote these?

Here is another part of the conundrum in my mind: It seems inevitable that if men are to lead the church, there will be a masculine feel to the churches they lead. Surely if the Lord has called men to leadership, he expects them to lead as men—men who are seeking to live out the implications of the gospel. Most of those who are scandalized by Piper’s comments are already scandalized by his complementarian theology; in the way he defines it, a masculine Christianity is simply an outworking of godly, biblical male leadership—it’s men leading as men.

I suppose this is why I don’t find a whole lot of controversy here. His language of “masculine Christianity” is not language I would be likely to adopt for my own use, but I don’t see that what he says here is substantially different from what he and other complementarians have been saying for years.

I was at the DG conference when Piper made these remarks and I gladly cheered his truth telling. Todd, you wrote, "But on things like this, I’m afraid it will divide more than it will unite." So what if it divides as long it is Scripturally grounded. Don't get squishy because John ruffled the sensibilities of the egalitarian majority of the American culture and church. Since the sixties their acolytes have taken on the coloration of pop culture to be relevant, tolerant and fashionable. Stand firm in behalf of a masculine gospel Bro. The "remnant" is called to be the counterculture especially when it shows up in our churches. It can be exalting to belong to a church that is 550 years behind the times and sublimely indifferent to fashion; it is mortifying to belong to a church that is five minutes behind the times, huffing and puffing to catch up.
Posted by Real Deal Manhood at 7:03 PM No comments: