The War on Boys: School Has Become Hostile to Boys and Why That Spells Big Trouble

As school begins in the coming weeks, parents of boys should ask themselves a question: Is my son really 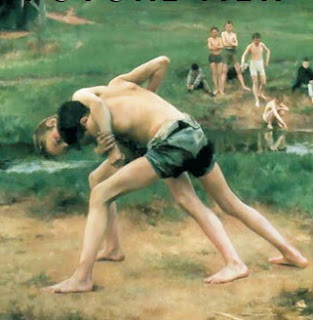 welcome? A flurry of incidents last spring suggests that the answer is no. In May, Christopher Marshall, age 7, was suspended from his Virginia school for picking up a pencil and using it to “shoot” a “bad guy” — his friend, who was also suspended. A few months earlier, Josh Welch, also 7, was sent home from his Maryland school for nibbling off the corners of a strawberry Pop-Tart to shape it into a gun. At about the same time, Colorado’s Alex Evans, age 7, was suspended for throwing an imaginary hand grenade at “bad guys” in order to “save the world.”

In all these cases, school officials found the children to be in violation of the school’s zero-tolerance policies for firearms, which is clearly a ludicrous application of the rule. But common sense isn’t the only thing at stake here. In the name of zero tolerance, our schools are becoming hostile environments for young boys.

Girls occasionally run afoul of these draconian policies; but it is mostly boys who are ensnared. Boys are nearly five times more likely to be expelled from preschool than girls. In grades K-12, boys account for nearly 70% of suspensions, often for minor acts of insubordination and defiance. In the cases of Christopher, Josh and Alex, there was no insubordination or defiance whatsoever. They were guilty of nothing more than being typical 7-year-old boys. But in today’s school environment, that can be a punishable offense.

Zero tolerance was originally conceived as a way of ridding schools of violent predators, especially in the wake of horrific shootings in places like Littleton, Colo. But juvenile violence, including violence at schools, is at a historic low. The Bureau of Justice Statistics reports that in 2011, approximately 1% of students ages 12 to 18 reported a violent victimization at school. For serious violence, the figure is one-tenth of 1%. It does no disrespect to the victims of Columbine or Sandy Hook to note that while violence may be built into the core of a small coterie of sociopathic boys, most boys are not sociopathic.

On the other hand, millions of boys are struggling academically. A large and growing male cohort is falling behind in grades and disengaged from school. College has never been more important to a young person’s life prospects, and today boys are far less likely than girls to pursue education beyond high school. As our schools become more risk averse, the gender gap favoring girls is threatening to become a chasm.

Across the country, schools are policing and punishing the distinctive, assertive sociability of boys. Many much-loved games have vanished from school playgrounds. At some schools, tug of war has been replaced with “tug of peace.” Since the 1990s, elimination games like dodgeball, red rover and tag have been under a cloud — too damaging to self-esteem and too violent, say certain experts. Young boys, with few exceptions, love action narratives. These usually involve heroes, bad guys, rescues and shoot-ups. As boys’ play proceeds, plots become more elaborate and the boys more transfixed. When researchers ask boys why they do it, the standard reply is, “Because it’s fun.”

According to at least one study, such play rarely escalates into real aggression — only about 1% of the time. But when two researchers, Mary Ellin Logue and Hattie Harvey, surveyed classroom practices of 98 teachers of 4-year-olds, they found that this style of play was the least tolerated. Nearly half of teachers stopped or redirected boys’ dramatic play daily or several times a week — whereas less than a third reported stopping or redirecting girls’ dramatic play weekly.

Play is a critical basis for learning. And boys’ heroic play is no exception. Logue and Harvey found that “bad guy” play improved children’s conversation and imaginative writing. Such play, say the authors, also builds moral imagination, social competence and imparts critical lessons about personal limits and self-restraint. Logue and Harvey worry that the growing intolerance for boys’ action-narrative-play choices may be undermining their early language development and weakening their attachment to school. Imagine the harm done to boys like Christopher, Josh and Alex who are not merely discouraged from their choice of play, but are punished, publicly shamed and ostracized.

Schools must enforce codes of discipline and maintain clear rules against incivility and malicious behavior. But that hardly requires abolishing tag, imposing games of tug of peace or banning superhero play. Efforts to re-engineer the young-male imagination are doomed to fail, but they will succeed spectacularly in at least one way. They will send a clear and unmistakable message to millions of schoolboys: You are not welcome in school.