Why Classrooms Are Terrible Places for Boys 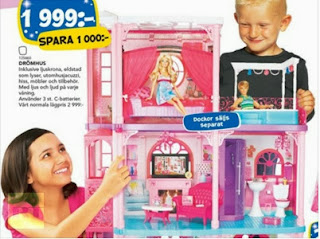 American Enterprise Institute resident scholar Christina Hoff Sommers is best known for her notable—and controversial—books about feminism and American culture. A new and revised edition of her 2001 book, The War Against Boys: How Misguided Policies Are Harming Our Young Men, came out in August. Below she is interviewed Marvin Olasky, Publisher of World Magazine, December 13, 2013

You wrote last year about your granddaughter receiving a toy train, placing it in a baby carriage, and covering it with a blanket so it could get some sleep. What does that tell you?
That boys and girls are different. There are exceptions, but as a rule a little girl’s choice of play, at the earliest age, involves a lot of theatrical, imaginative, turn-taking games. As they get a little older, they love to exchange confidences with a best friend. Boys tend not to do this. The theatrical, imaginative games: not so much. Exchanging confidences with a best friend: haven’t seen it.

Boys prefer ...
Rough-and-tumble play: a lot of running around, mock fighting, usually with sound effects, and the boys tend to be very happy—but many parents and teachers have confused such play with violence. When children are violent, there’s a lot of unhappiness and they part as enemies. Violent children are usually not popular. It’s just the opposite with “rough-and-tumble” play: Children are happy and boys who are good at it will tend to be popular. They’re building critical social skills.

What happens if we clamp down on that?
In some cases little boys are suspended for their drawings, or for playing cops and robbers or imaginative superhero play. If the earliest experience a little boy has is disapproval, we threaten his social development and make him unhappy with school. This may be in part an explanation of why boys are so far behind in reading and writing.

What happened when Hasbro, the toy makers, hoped to market a doll playhouse and a toy baby carriage to both boys and girls?
Hasbro brought in children to interact with this playhouse, which they hoped to market to both boys and girls—not because they were egalitarian feminists, but because you double your profits if you come up with a toy that interests boys as much as girls. Girls came in, put the baby in the carriage, played with the toy stove and refrigerator. The boys catapulted the miniature baby carriage from the roof of the toy house.

Why can’t some academics accept the obvious?
On college campuses it is now an article of faith that we are all born to be bisexual. One feminist put it dramatically, saying, “We are transformed into male- and female-gendered human beings, one to command, the other to obey.”

If we understood these differences, how would schools be different than they are now?
First, teachers would learn in teachers’ colleges what they’re not learning today, that girls are readier for school. A 5-year-old girl is a more mature being than a 5-year-old boy: It is very hard for him to sit still. We’d have two different styles of classrooms. A school superintendent once acknowledged that all our classrooms are very comfortable places for girls, with flowers and snowflakes. They’re pretty. I told him, “Maybe you should put in something boys like—dangerous insects, or rockets.” A lot of teachers are uncomfortable with that.

What would the school day look like? Lots of recess. Different classroom settings, not just one style that is sedentary, competition-free, and risk-averse.

Most of the students here at Patrick Henry College are from homeschooling backgrounds. How should the differences between boys and girls affect home school curricula?
It’s going to be easier to get your daughter to read: She’s probably more verbal and probably started talking earlier. Typically, boys have better visuals and are better at finding a way out of a maze. Girls are better at remembering everything they saw along the way. You may have a bookish boy who’s quiet and automatically loves poetry and things, but chances are you will not. He feels like a caged animal and wants to get out. So, be aware of that and work with it.

Let’s keep going on this: What difference would a better understanding have on high school?
Oh boy. There are exceptions, but boys and girls, on average, find different sorts of books interesting. Airport bookstores don’t have signs saying “Men’s magazines” or “Women’s magazines,” but we know they’re there. The women’s magazines typically show faces and all sorts of human interest and fashion. The men’s magazines are usually about stuff. Ninety percent of people who subscribe to Popular Mechanics are males.

High schools should accommodate Popular Mechanics people.
Not everybody is going to college. Our colleges are 57 percent female, and 62 percent of master’s degrees last year and the year before went to females. Women have surpassed men now even in getting Ph.Ds. To survive in the new economy you need education beyond high school, so we should keep up with the Europeans: They’re offering in their high schools career and technical training.

Aviation High School in Queens, New York, is doing some things right.
It has more than 2,000 kids in this gritty part of Queens. I thought, “This can’t be a high school because it looks like a factory.” I went inside and thought I was in the wrong place because it was so quiet: These kids weren’t merely interested, they were enthralled. They have academics half the day, and they have to get through those classes to spend the other half of the day tinkering with an airplane that’s parked out in the parking lot, or taking courses in aviation.

Overwhelmingly boys, I suspect.
The school’s 87 percent male. I met some girls there: They’re fabulous, and they know they’re different. Many of the kids come from struggling, urban communities, mostly Hispanic, black, and Asian. It has one of the highest graduation and college matriculation rates. They move on to fantastic careers. This should be a model for other parts of the country, and it’s not just me saying this. At a recent Harvard University graduate school conference called “Pathways to Prosperity,” educational leaders from all over the world agreed that our high schools should be partly career training that offers pathways into good jobs.

But young men and women might have different job desires.
The girls tend to go into early childhood education. Cosmetology is popular, as well as various medical professions. The boys are in welding, automotive repair, and computer technology disproportionately. Some women’s groups in Washington consider it inequitable that not as many girls show up for welding and refrigeration and trucking. I try to introduce a little common sense. Yes, introduce the girls to these fields, because you will make more money if you’re a metallurgist or an aviation mechanic than you will as an early childhood educator. Let the young women know that, but don’t have a quota system.

Posted by Real Deal Manhood at 5:12 PM No comments: