When Washrooms Are Weaponized

Building Codes as Opportunities for Activism 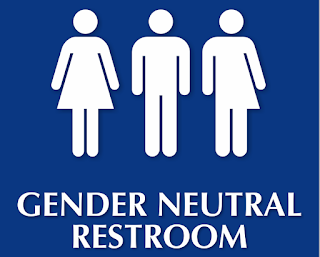 When, days ago, South Dakota’s governor vetoed a bill requiring students to use washrooms corresponding to their biological gender, some conservatives reacted positively, describing the veto as advancing “local control” of such decisions. Yet Christians should be concerned about how local building codes are “weaponizing” washrooms to advance the transgender agenda. Although TIME says San Francisco’s bill goes “beyond similar laws in other cities,” it falls well short of what transgender lobbyists want. For example, Vassar College similarly created a “Gender Neutral Bathrooms Initiative” ensuring a gender-neutral facility in each building. However, the “Vassar Queer Health Initiative” student group objected that this didn’t go far enough. They want all college washrooms to be “all-gender.”

Women as Collateral Damage in the Culture War
Particularly chilling is how VHQI belittled concerns from women about such a change: “Cisgender women [biological females identifying as female] often claim uncomfortability [sic] in all-gender bathroom situations….VHQI attributes cisgender women’s fear of transwomen in bathrooms to transmisogyny and not actual dangers to their safety.”

In other words: if you’re a woman who isn’t comfortable with men in your washroom, shame on you! You’re uncomfortable because you’re a bigot, not because there might be a danger to your safety!

Foreshadowing what is to come, a man recently twice entered the women’s change room in a municipal pool in Seattle (Washington guarantees access to locker rooms “according to a person’s gender identity”). The man declared, “the law has changed and I have a right to be here.” The second time he went in, a group of young girls were changing for swim practice.

Transgender “rights” inevitably will be—and probably already are being—used as “cover” for sexual predators. When gender distinctions are minimized, women suffer most.

How are Christians to respond to such cultural pressure? Society’s desire to blur gender distinctions represents both a challenge and an opportunity for believers.

Preparing for the Genderless Legal Environment
Here is the challenge to the church. Distinguishing between men and women even in the provision of washroom facilities is increasingly considered a bigoted act. What will happen when a Christian restaurant owner refuses to allow a man to access the women’s washroom? (Here’s my prediction).

What of families in public places? This forces a terrible dilemma upon Christian men. As a man I’m called to protect women and girls, which entails respecting private spaces for them like washrooms. However, as a husband and father of four little girls, I need to protect my family, and now I’m worried when they go into those same spaces—because I can’t be reasonably confident that a man isn’t waiting in there for them. What obligation will take priority in the non-gendered future? Will I be forced by sheer necessity to accompany my wife and daughters into the public restroom in the future?

And what of churches? A Russian pastor once told me how anti-evangelical authorities had harassed his church by withholding building permits. Sadly, as the U.S. government tries to force Christian institutions to buy abortion pills, as Canadian law societies blacklist graduates of a Christian university because it requires sexual purity of students, guarantees of religious freedom in Western nations increasingly resemble fictional counterparts in Russia and elsewhere. So, I expect secular authorities will argue that washroom access isn’t a matter of religious conviction. It’s a building code issue now. “Queer health” will be handled in the same way as physical health and security are assured by basement egress windows and fire sprinklers. Building inspectors aren’t likely to accept religious objections to the latter; why would they accept any to the former? If cities like San Francisco are adding gender-neutral washrooms to building codes—which apply to church facilities—and if the transgender lobby succeeds in following that requirement with one for “all-gender” washrooms, churches will soon face a crisis of conscience.

My church needs, and is planning for, a building. In this age of “weaponized” washrooms, we need to anticipate this question: will we deny our confession of biblical sexuality, and compromise our duty to protect our vulnerable women and children by permitting men to access church ladies’ rooms, if local bureaucrats demand it? What happens when the building inspector says not having an “all genders welcome” sign on the three-stall ladies’ washroom is like not having enough fire exits? I’m already wondering whether my church might, at greater cost and inconvenience, have to offer only single-occupancy washrooms—no multiple-stall washrooms at all!—both to protect the women and children in our care, and to avoid being forced to implicitly recognize men as “women” in washroom access and signage.

Pastors and congregations need to begin practical planning for a “non-gendered” world. Christians must discuss concrete ways to protect the vulnerable in our midst while preserving our ability to speak clearly and consistently to our fallen world.

Clear Proclamation to a Confused World
More than a challenge, however, “weaponized” washrooms present us an opportunity to declare that Christianity is not only utterly incompatible with, but better than, this revolution in sexual affairs. God’s design for sexuality begins in Genesis 1:26-27, which declares that humanity is made in the image of God, as male and female. This distinction is foundational to the Christian conception of humanity.

Jesus Christ himself appeals to this text and its explanation of distinct genders when explaining his view of divorce (Matt. 19:1-12). Jesus’ argument, in the New Testament world, safeguarded women from abandonment by fickle husbands. Even his mention of eunuchs in that text leaves no room for other gender categories, for in Acts 8, the Bible explicitly refers to the eunuch baptized by Philip as a “man” (aner, Acts 8:27) with masculine pronouns (for example, in verse 27, autou, i.e., “his” chariot).

The Bible from beginning to end upholds the permanent, binary distinction of genders. The first woman was created after, and differently from, the man (Gen. 2:21-22), and specifically to be a “helper” to her husband (Gen. 2:18). Gender distinction is consistent throughout Scripture, from gender-specific curses for the first sin (Gen. 3:16-19), to distinct roles in marriage (Eph. 5:22-33) and the church (1 Tim. 2:11-14), to commanding husbands to protect their wives from themselves (1 Pet. 3:7). Moreover, the Bible condemns anything that confuses this distinction. The Bible prohibits cross-dressing (Deut. 22:5), and even condemnations of homosexuality (Lev. 18:22; Rom. 1:26-27) explicitly presume permanent distinctions between male and female.

Christians cannot concede, even in things like bathroom signage and access, a conception of gender as transferable or changeable. Not just because gender distinctions protect women and girls. The sexual revolution seeking to subvert these distinctions can never fulfill or satisfy—much less save sinners from God’s wrath. Only Jesus Christ can, by uniting repentant, confessing sinners to himself through faith alone. This union, this Gospel, is pictured in marriage by the very gender distinctions being undermined today.

Make no mistake. In the transgender debate, the Gospel is at stake—and we will not surrender or be silent.

by Jeff Jones, Council on Biblical Manhood and Womanhood (CBMW)

Posted by Real Deal Manhood at 2:44 PM No comments: