GOD’S MERCY TO A KLANSMAN - "I deserved to die for my racist deeds. Why was my life spared?" by Thomas Tarrants 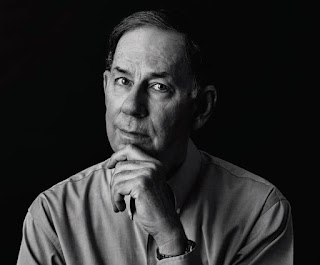 (from the September 2019 issue of Christianity Today)

I came of age in the early 1960s, when America was entering a period of political, social, and cultural upheaval. Mobile, Alabama, where I was raised, had been segregated since its founding in 1702. In 1963, reacting to the federally mandated desegregation of Alabama’s public schools, Gov. George Wallace uttered his infamous pledge of “Segregation now, segregation tomorrow, segregation forever.” Many white Alabamians, including me, were fearful and angry. White society was in turmoil from top to bottom, and the sense of grievance was strong, adding fuel to a racist, populist wave across the South.

My high school was among the first to be desegregated. Like most people around me, I identified with Gov. Wallace’s courage in standing up to those who were threatening our way of life. On a more personal level, I was angry with my father, alienated from him, and somewhat emotionally troubled. All these factors made me a good candidate for radicalization.

I read some white supremacist, anti-Semitic, anti-Communist literature that was circulating within my high school. Then I met the people who were advocating these ideas. They contended that black people were inferior to whites and that desegregation, by enabling intermarriage, would weaken the white race. The civil rights movement, they said, was part of a Communist plot, and the US government had been infiltrated by Communist agents. Christianity and the Constitution were being undermined, and a secret Jewish conspiracy was behind it all.

All these warnings made me anxious about America’s survival, and my fears soon turned into anger—and eventually hatred—toward those I perceived as America’s enemies. Their successes made me want to stand up and fight for “God and country,” as those around me were urging. The more I immersed myself in this thinking, the more it felt like a holy cause—something that offered a sense of purpose and belonging. I grew increasingly distant from my family and others who might have pulled me back from the brink.
In my view, preserving America justified using any means necessary. So it was only a short step to getting involved with Mississippi’s dreaded White Knights of the Ku Klux Klan, the most violent right-wing terrorist organization in the United States at the time. Although various prosecutions had greatly weakened the Mississippi organization, it still had enough strength to attract me.

Little did I know that my downward spiral into extremist ideology, conspiracy theories, and racial and ethnic hatred would culminate in violence and death. But it did. Late one sweltering summer night, as my accomplice and I attempted to plant a bomb at the home of a Jewish businessman in Meridian, Mississippi, we were ambushed in a police stakeout. My partner, a young female school teacher, was killed at the scene. Four blasts of shotgun fire at close range left me critically wounded. Doctors told me it would be a miracle if I lived another 45 minutes.

Yet God spared my life—to the astonishment of the doctors and the dismay of the police. If anyone deserved to die, it was certainly me.


BEGINNING TO SEE
I wish I could say I repented of my sins and came to a genuine faith in Jesus after God showed me mercy, but I didn’t. In fact, I remained firmly committed to the ideology and conspiracy thinking that gripped my mind. At the end of a two-day trial, I was convicted of attempted bombing and sentenced to 30 years in the Mississippi State Penitentiary, one of the worst prisons in America at the time.

About six months after arriving in prison, I escaped with two other inmates, intending to return to my terrorist activities. But a couple of days later, we were apprehended after a blazing gun-battle with the authorities, during which one of the other inmates was killed. Had this man not relieved me from standing watch about half an hour early that day, I would have been the one killed. God had shown me mercy once more.

Back in prison, I was confined to a six-by-nine-foot cell in the maximum security unit. Five more years were slapped onto my sentence. Apart from twice-weekly showers, I was utterly alone in that cell. To keep from going crazy, I read continuously. Initially, I read more racist and anti-Semitic material that reinforced my beliefs, but eventually I felt drawn to a disinterested pursuit of truth, wherever that might lead.


This began with classical philosophy and eventually led to the New Testament, specifically the Gospels. I didn’t turn to the Bible because I wanted a better relationship with God. I had attended church and Sunday school more or less regularly until my early teens, at which time I made a profession of faith and was baptized. I believed I was saved and would go to heaven when I died. Of course, the truth was just the opposite. I had only given intellectual assent to the gospel and lacked true repentance.

But as I read the Gospels in my prison cell, my eyes were opened in a way that went beyond simply understanding the words on the page. As the true meaning of God’s Word became clearer, so did its relevance to my life. I had been blind to spiritual reality all my life and was now beginning to see.

As this process unfolded, my sins came to mind, one after another. Conviction grew, and with it tears of repentance. I needed God’s forgiveness. And I knew it came only through trusting Jesus, who had given his life to pay for my sins. One night I knelt on the concrete floor of my cell and prayed a simple prayer, confessing my sins and asking Jesus to forgive me, take over my life, and do whatever he wanted to with it.

The next morning, I awoke with a deep hunger for Scripture and a desire to pray and to live for God. As I read the Bible daily, a whole new world opened up to me, and I couldn’t get enough! Early on, God delivered me from hate, and I began to grow in love for others. Friendships developed with black inmates and others who were very different from me, including the FBI agent who had orchestrated my initial capture as well as the Jewish lawyer who helped him.

But part of this awakening was not such welcome news. Morally, my life was a mess—and the more I read the Bible, the more I saw it. Some of those changes happened quickly and without too much difficulty; others took more time and struggle. Like all believers, I remain a work in progress, as God continues to work on my sins, flaws, and follies.

NO PIT SO DEEP
After serving eight years in prison, an extraordinary—some would say miraculous—turn of events resulted in a parole grant to attend university. That set in motion a series of developments which, over the next 40 years, led me first into campus ministry, then pastoral ministry in a racially mixed church (including speaking and writing on racial reconciliation), and finally to a long ministry of teaching, discipling, spiritual mentoring, and writing at the C. S. Lewis Institute.

As I look back over the nearly 50 years since God saved me, I can only thank and praise him that he didn’t give me what I deserved. But because he is full of grace and mercy, he gave me exactly what I needed. He “is patient with [us], not wanting anyone to perish, but everyone to come to repentance” (2 Pet. 3:9).

I marvel at his continuing patience in my life. Truly, with God there is no sin too great to forgive, no bondage too hard to break, and no pit so deep that his love isn’t deeper still.

THOMAS TARRANTS is president emeritus of the C. S. Lewis Institute. He is the author of


Consumed by Hate, Redeemed byLove: How a Violent Klansman Became a Champion of Racial Reconciliation (Thomas Nelson).
Posted by Real Deal Manhood at 5:45 PM No comments: