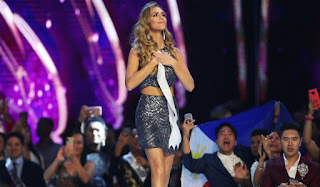 In the Hans Christian Andersen tale, the emperor had no clothes. These days, if the emperor puts on the right clothes, he can call himself an empress. And we all have to applaud.

Yesterday’s Miss Universe contest featured, for the first time in the event’s 66-year history, a transgender woman. Competing as Miss Spain, Angela Ponce entered the pageant to much acclaim, writing in an Instagram post: “Today I am here, proudly representing my nation, all women and human rights.”

Ponce didn’t win, but the 27-year-old has been hailed by the media merely for competing. “Miss Philippines Catriona Gray took home the crown at the 2018 Miss Universe pageant on Sunday night in Bangkok, Thailand, but she wasn’t the only winner of the night,” a writer for ABC News declared Monday morning. “Miss Spain’s Angela Ponce became the competition’s first transgender contestant, a major step for the 66-year-old pageant.”

“In the wake of a Victoria’s Secret fashion show that many feel failed on the inclusivity front, Spain’s Angela Ponce is poised to make history as the first transgender woman to compete in Miss Universe,” a Yahoo! News writer began her article on the topic. The NBC News feature on the Miss Universe competition didn’t even mention Monday night’s winner until four paragraphs into the article, focusing instead on how Ponce “broke barriers.”

All of this fanfare raises the inevitable question: Could Ponce actually “represent all women” without being a woman at all? In our unscientific moment, so much as asking this question is enough to warrant being drummed out of polite company in certain circles.

Dwell for just a moment on the reality of Ponce’s biology — a reality that, no matter how much cosmetic surgery Ponce obtains and regardless of whether Ponce truly feels like a woman, cannot be altered. Technology might disguise that truth, but no amount of medicine or mutilation can coax Ponce’s chromosomes into submission.

But consider another question, too, and perhaps a more important one: Can Ponce live as a transgender woman without forcing us to go along for the ride? The Miss Universe pageant, the progressive media complex and, increasingly, the left wing of American politics, seem to think not.

Ponce told Time magazine in November that winning the contest would be symbolic: “Trans women have been persecuted and erased for so long. If they give me the crown, it would show trans women are just as much women as cis women.”

This is the charade we are being asked to accept. It is not enough to say, as we should, that gender dysphoria is a real psychological phenomenon, that a just and compassionate society ought to recognize the reality of the struggle people like Ponce face, and that bullying and hatred directed at such people is evil and wrong.

We are also meant to chant along with the crowd that Ponce is a woman. Anything less is transphobia. Decency and charity are no longer enough; affirmation and glorification — ideally before as large an audience as possible — are the only acceptable course.

And what does this new frontier of progressivism mean for other planks of the platform? The unassailable dogma that women are constantly oppressed and subjugated by the patriarchy — that we can only be free if we recognize and disempower the tyranny of white male privilege that prevents women from expressing ourselves and taking control of our lives — requires that there is such a thing as womanhood, and that it can be defined consistently.

Ponce’s much-hailed appearance in the Miss Universe contest, on the other hand, implies societal acceptance of the idea that men can in fact be women.

These two doctrines of progressivism are in fundamental tension. Even if one accepts the notion that some biological males can feel so female that they essentially are, in some intangible way, women, such a view necessarily conflicts with the feminist claim that there is something unique about being a woman — and that womanhood deserves to be shielded from the encroachment of male power.

The wholehearted embrace of transgender ideology necessarily, and quite intentionally, erases womanhood. It allows biological males to don the mantle of femaleness simply by asserting that it is their birthright. There has never been a more patriarchal claim.

Perhaps the far Left believes that if its members force skeptics to nod along with Ponce’s pageantry, they can avoid the schisms inherent to a movement that claims to value feminism while insisting that being female has no meaning at all.

Posted by Real Deal Manhood at 7:27 PM No comments:

Having a Merry Pagan Christmas 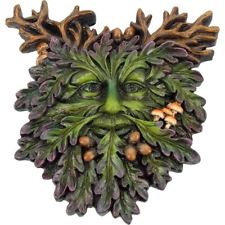 Ross Douthat, a columnist for The New York Times, says the culture war in America may not be so much about secularism or atheism replacing Christianity but the rise of an old Christian foe — paganism.

This ancient religion differs from atheism in that it allows for a spiritual dimension to life and creation, but not an omnipotent, benevolent God. The power is in the creation itself, which is why so many New Age adherents find divinity when they look at a sunset, a flower, or in some cases, their own mirror image.

Mr. Douthat explains the clash of worldviews presented in a new book by Steven D. Smith, “Pagans and Christiansin the City: Culture Wars from the Tiber to the Potomac”:

“What is that conception? Simply this: that divinity is fundamentally inside the world rather than outside it, that God or the gods or Being are ultimately part of nature rather than an external creator, and that meaning and morality and metaphysical experience are to be sought in a fuller communion with the immanent world rather than a leap toward the transcendent.”

This is quite different from, “In the beginning, God created the heavens and the earth” (Gen. 1:1) and “All things were made through Him” (John 1:3).

Increasingly, “the universe” is replacing references to God in current TV shows and movies. On the flip side, some of this year’s new Hallmark holiday flicks lean the other way, featuring sacred carols such as “Hark the Herald Angels Sing.”

The pagan worldview is promoted by leading figures such as Oprah Winfrey, with her New Age version of “can’t we all just get along?” and the prolific writer Sally Quinn, widow of Ben Bradlee, the longtime editor of The Washington Post.

Ms. Quinn writes on religious topics for The Post, and used to edit The Post’s religion page, which is a smorgasbord of modern heresies, the wilder the better. The left favors almost any religious expression other than orthodox Christianity, which is why it’s soft on paganism and even Islam.

The latter’s militants are inflicting terror all over the world, most recently when a gunman yelled “Allahu Akbar” before gunning down 16 people, killing at least two, at a Christmas market in Strasbourg, France, on Dec. 11. The Post, like the rest of the media, downplayed it, ignoring the religious motivation and playing up the shooter’s criminal past.

Ms. Quinn chronicles her own plunge into witchly pursuits in her 2017 memoir, “Finding Magic,” in which she describes dabbling with the paranormal and hexing people she didn’t like.

She says she left behind the dark arts following three deaths that occurred shockingly soon after her hexing. But she’s not done with the occult. In a Washingtonian magazine profile in August 2017, Michelle Cottle wrote, “Ouija boards, astrological charts, palm reading, talismans — Quinn embraces it all. And yes, she has been in contact with her husband since his passing. Through a medium. Repeatedly.”

If you wonder why The Post gives short shrift to the biblical view that sex is a God-given gift to be enjoyed only in marriage, well, it shouldn’t be a mystery.

Elsewhere in The Post’s Style section, columnist Monica Hesse admits an addiction to the classic movie “White Christmas,” but makes sure to point out its politically incorrect flaws, such as a song about minstrel shows. The movie is redeemed when Danny Kaye rebuffs a kiss from the beautiful Vera Ellen. Mr. Kaye “demures so vehemently that the ‘White Christmas’ message boards have speculated that the character might be gay. Well, if so, kudos to that subversive choice, too.”

Kudos for subversion of romance between a man and a woman? This is liberal virtue-signaling at its purest. In the progressive worldview, everything is political, including sex.

Ms. Quinn says that friends have repeatedly asked her to place a hex on President Trump, an idea which, to her credit, she’s rejected. But think about that. Sally’s lefty pals hate Mr. Trump so much they want him magically killed, not just removed from office.

Pre-and post-Christian pagan societies are not known for their qualities of mercy.

by Robert Knight is a contributor to The Washington Times. His latest book is “A Nation Worth Saving: 10 Steps to Restore Freedom” (djkm.org/nation, 2018).
Posted by Real Deal Manhood at 4:11 PM No comments: