A Civilization Where ‘Few Men Are Left’

“The earth lies defiled under its inhabitants; for they have transgressed the laws, violated the statutes, broken the everlasting covenant. Therefore a curse devours the earth, and its inhabitants suffer for their guilt; therefore the inhabitants of the earth are scorched, and few men are left” (Isaiah 24:5-6). 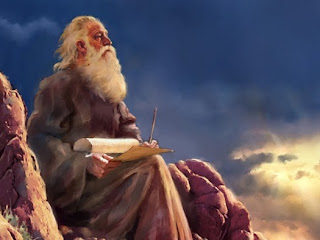 This is a picture of the world in its end stages, after years of devil-may-care living and breaking “the everlasting covenant” of creaturely obedience to the Creator. It could, of course, describe the last gasps of any particular civilization: Noah’s, the Canaanites’, the Roman Empire’s, America’s. But these cyclical demises are all dress rehearsals for the big final upending of the earth that lies ahead, that cosmic shaking that will remove all sin and causes of sin.“Yet once more I will shake not only the earth but also the heavens” (Heb 12:26).

Isaiah talked about it 700 years before the author of Hebrews was a twinkle in his mother’s eye, in images that remind me of a clunker car that one has jury-rigged one too many times but that finally keels over:

“For the windows of heaven are opened, and the foundations of the earth tremble. The earth is utterly broken, the earth is split apart, the earth is violently shaken. The earth staggers like a drunken man; it sways like a hut; its transgression lies heavy upon it, and it falls, and will not rise again” (Isaiah 24:18-20).

My attention is arrested by the last element of the description of a doomed earth, in verse 6: “and few men are left.” I had once assumed it to be a numerical reference, a prediction of population decline—perhaps as a result of war, or disease. But current events have opened up another possibility: Perhaps “few men are left” may be paraphrased as “few real men are left.”

Do the radio commercials tell it all? What does it mean about a culture when ads pitched to men are increasingly about whiter teeth and dieting and hormone enhancement, and when commercial advertising is constantly based on the “dumb male” premise?

Over at The American Spectator, Daniel J. Flynn has a fresh take on an over-baked subject: Trayvon Martin and George Zimmerman. It makes Isaiah’s very point that “few men are left”: “They don’t make men like they used to.” Flynn called the Zimmerman-Martin case “a tragedy involving two men fumbling in the dark on how to be men. … Whatever the protagonists may be guilty of, they are surely innocent of being men.”

Of the young demographics represented by Martin, he writes, “Rarely, in spite of their exaggerated masculine posturing, do teenage boys behave as mature males.” Of Zimmerman and his ilk, Flynn writes, “One wonders if the cage-fighting classes, the pursuit of a career in law enforcement, and a firearm kept ready to fire were Zimmerman’s ways of discovering his elusive manhood in a manner akin to Trayvon’s tattoos, coarse language, and demonstrative drug use.”

The verdict is in on two males in a celebrated Florida case, but not on manhood in America. One is left pondering the words of a prophet long before our time who perhaps wrote better than he knew when foretelling that the mark of the end would be a civilization in which “few men are left.”

They don’t make men like they used to. One can consult a Danish study that shows plummeting testosterone levels for scientific confirmation of this. Or, one could more easily turn on any cable news network’s wall-to-wall coverage of the Zimmerman-Martin case, a tragedy involving two males fumbling in the dark on how to be men. 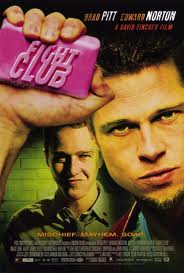 Whatever the protagonists may be guilty of they are surely innocent of being men. The six female jurors, not tasked to reach a verdict on the manhood of the central players, nevertheless know the truth of this more than other trial observers. The Venusians know the Martians better than they know themselves. And vice versa — what do they know of x chromosomes who only x chromosomes know?

On the maturity count, Trayvon Martin might reasonably plead not guilty by reason of chronology. Seventeen-year-old boys quite often act like, in the vernacular of Zimmerman, “f—-ing punks.” Most grow out of it, but Mr. Martin unfortunately will not get that chance. Rarely, in spite of their exaggerated masculine posturing, do teenage boys behave as mature males.

Martin’s Twitter feed reads as a parody of poor grammar and an even more impoverished vocabulary. There, he’s a “No Limit N-gga,” girls he knows are “bitches” and “hoes,” and the primary extracurricular activity he immerses himself in is marijuana. The gold-teeth smile, the tattoos, the ten-day suspension from school, and all the rest appear as pathetic attempts to assert his virility. Yet, as his supporters point out, Trayvon also liked Skittles and Chuck E. Cheese’s. The presentation that Trayvon affected and the Trayvon that his supporters present are, like so many making the journey from adolescence to adulthood, at war internally.

George Zimmerman, in contrast, projects a courtroom image of a meek pudgeball who wouldn’t (couldn’t?) hurt a fly — and not in a Norman Bates way. Perhaps this is the effect that his lawyers intended. But it jibes with what we know. According to one unidentified witness, Zimmerman endured a domineering mother’s frequent beatings and a docile father who failed to stick up for his kids. His mixed-martial arts instructor described him as “physically soft,” a student who lacked athleticism and “didn’t know how to really effectively punch.”

One wonders if the cage-fighting classes, the pursuit of a career in law enforcement, and a firearm kept ready to fire were Zimmerman’s ways of discovering his elusive manhood in a manner akin to Trayvon’s tattoos, coarse language, and demonstrative drug use. With the teenager sans a father in the home to serve as guide, and the neighborhood-watch captain growing up watching the cowed captain of his home, the pair’s past altered their future as much as anything else did.

Zimmerman’s screams and Trayvon slamming Zimmerman’s head into the concrete weren’t the acts of men. A man is neither a woman nor an animal. The proper response to an assault by a 158-pound teenager isn’t to scream for help or grab for a gun. It is to punch back or better yet subdue and issue a spanking. And a sucker punch, the repeated hitting of a downed opponent, and the bashing of a skull against the concrete doesn’t pass muster with the Marquess of Queensberry. Perhaps the “No Holds Barred Fighting” dojo that Zimmerman had signed up for would approve.

Their households lacked strong male role models; their society, even more so. Four in ten American kids enter the world without their father married to their mother. When schoolboys begin to exhibit traits natural to their sex, the energetic fellows earn the wrath of detention and Ritalin. Any game that highlights contact — from dodgeball to football — comes under attack. Primetime television celebrates the fop and makes a buffoon out of fathers (see Simpson, Homer; Everybody Loves, Raymond). Jobs relying on the physical characteristics favored in males have been outsourced to robots and foreigners. When a pundit asked “Are Men Necessary?” a few years back it reflected the scarcity rather than the superfluity of the genuine article.

Civilizing men out of existence has come at great cost to civilization. Instead of men, we get feminine imitations lacking beauty. We get lost boys compensating by becoming barbarians. We get Sanford, Florida, February 26, 2012.

from July12, 2013 American Spectator by Daniel J. Flynn, the author of The War on Football: Saving America's Game,
Posted by Real Deal Manhood at 11:36 AM No comments: