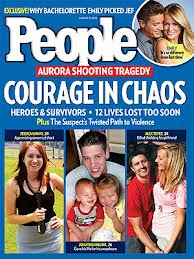 After running the luxury liner Costa Concordia aground on the French coast back in January, its captain was labeled “Chicken of the Sea” for abandoning his ship and trying to save himself. There were other reports of cowardice among men on-board. An Australian woman reported, “We just couldn’t believe it — especially the men, they were worse than the women.” A grandmother recalled, “I was standing by the lifeboats and men, big men, were banging into me and knocking the girls.” A third passenger said, “There were big men, crew members, pushing their way past us to get into the lifeboats.” So much for the honor code of the sea, “women and children first”.

C. S. Lewis once observed, "We make men without chests and expect of them virtue and enterprise. We laugh at honor and are shocked to find traitors in our midst. We castrate and then bid the geldings to be fruitful." When a culture devalues the traits traditionally considered manly virtues — courage, honor, duty, protectiveness, heroism – and consider them obsolete, sexist or politically incorrect, we should not be surprised when many men behave crudely, cruelly and cowardly.

Yet we are often heartened and encouraged by stories of men who do what men are called to do and wired to do.  Such behavior should remind us that God never leaves us “without evidence of himself and his goodness.” Acts 14:17

On 9/11 evil men turned airplanes into bombs and crashed them into the Twin Towers and the Pentagon, murdering nearly 3,000 people. We also saw that day courageous men running into those buildings to save hundreds of lives. There was another brave group of men that day on-board United Flight 93 who lined up behind Todd Beamer as he called out, "Let's roll." and prevented another flying bomb from hitting the US Capital. Great evil brings out the best in good men.

On January 8, 2011 in a Tucson Arizona parking lot when Congresswoman Gabby Giffords was shot by a lone gun man, Daniel Hernandez in the midst utter chaos sprang to action clearing Giffords’ air passage way and applying pressure to her forehead to save her life. Great evil brings out the best in good men.

Last month in Aurora CO great evil once again unfurled its wings and snuffed out thirteen lives out and wounded seventy-one others. In a theater of horrors we now know that the moment the shooting started three young men -- Jon Blunk, Matt McQuinn, and Alex Teves -- reacted instinctively to sacrifice themselves for others. Pushing their girlfriends to the floor they made themselves human shields. They embodied Jesus’ words in John 15:13, "Greater love has no one than this, that someone lay down his life for his friends.” Great evil brings out the best in good men. We are also reminded the words of Paul in Romans 5:20, "Where sin increased, grace abounded all the more."


The mother of Jansen Young, Jon Blunk’s girlfriend, said that Blunk, 26, pushed Jansen under the seat. “He was 6-feet-2, in incredible shape. . . . He pushed her down on the floor and laid on top of her and died there.”

Alex Teves, 24, did the same, pushing his girlfriend, Amanda Lindgren, to the floor to protect her. His aunt reported: “He pushed her to the floor to save her and he ended up getting a bullet.”
Matt McQuinn, 27, dove in front of Samantha Yowler and took three bullets. Samantha was hit in the leg as well, but survived.

What makes men such as these?

It seems there are men who believe there are things worth dying for and the "Aurora Three" died for the innocent women sitting next to them that ominous night. Their instincts, unlike those of the Captain and many men on-board the Costa Concordia, were to protect, not run away. This is not an old fashioned notion or a social construct but an outward expression of how God has wired men to live unconditionally and sacrificially for others; anything else is a counterfeit masculinity.

Commentator William Bennett writes, “In an age when traditional manhood has been increasingly relegated to fiction -- capes, masks and green screens -- these three men stand as real-life heroes. Their actions remind us that good triumphs over evil, not just in movies, but also in reality.”

© 2012, Dave Brown is a pastor and the director of the Washington Area Coalition of Men’s Ministries (WACMM) and has been the men’s pastor at McLean Bible Church in McLean, Va. He served 30 years in the federal government’s Senior Executive Service (SES), including eight years as an appointee of President Ronald Reagan. He did his seminary work at Trinity Evangelical Divinity School and Reformed Theological Seminary. He’s been a leadership consultant, university administrator, member of the board of directors for the C.S. Lewis Institute, chairs Foundation for Manhood and is the blogmaster for the National Coalition of Ministries to Men (NCMM).

Posted by Real Deal Manhood at 7:36 AM